When we first met with Dr. Steve Collins, we were struck by his commitment and focus in changing the way the world treats poverty. His vision seemed so simple in hindsight – in countries that suffered from malnutrition, bring the treatment to affected people rather than the other way around. By using a decentralized care model and orchestrating the spread of a range of Ready-to-Use Foods, Steve and his team at Valid Nutrition are revolutionizing the way we can prevent the devastating effects of malnutrition.

A native of the United Kingdom and resident of Ireland, Steve has spent most of his life working in areas of great poverty. He chose to study medicine to help address the great need he saw in the developing world, but found himself a mediocre student at the outset. He stumbled across Buddhism while in India and began to pursue a daily practice. Slowly, he found himself achieving top-level scores at university, and now credits much of his insight and innovation to his meditation. As a medical student, he had cycled and hitch hiked through the Congo, Chad, and Uganda during wartime, and experienced famine conditions firsthand in Darfur, Sudan. While in Sudan, he realized “you can’t be a tourist in a famine,” and began surveying local villages by foot and by horse, talking to families about their needs—it was here he realized that “nutrition is the basis of everything.” After completing his medical internship in Jamaica working alongside a major international nutrition research institute, he sailed across the Atlantic in a refurbished boat despite having no experience on the water. From that moment, he resolved to undertake risky activities only if there was some larger human benefit—he did not want to risk his life “for an indulgence.”

Upon returning to dry land, Steve began working in some of the refugee re-feeding centers in famine-ridden Somalia. In his work, he began to realize the large gaps present in nutrition and the sorely lacking procedures and strategies in place to help the starving. The centre in Somalia was the first adult feeding centre since World War II, and patients were dying inexplicably. Steve altered the diets in the center and cut death rates by more than three quarters.  He published an article in the scientific journal Nature Medicine and was surprised to find himself established as an expert in adult malnutrition, so he began traveling widely to set up treatment programs across Africa. Hitherto famine relief programs had catered exclusively for children but as a result of Steve’s early work, research and publications, within a few years adult treatment centers were to become a standard element of relief programs wherever they were needed.

Setting up a feeding centre in Liberia, he was organizing groups of people traveling from far villages, who did not know the areas and the established community rules, such as where to gather water. The patients, already weakened from hunger, began dying of cholera. Driven away by violence, when he and other doctors returned they found eighteen people had died. Steve realized his own approach had influenced the tragic outcome—he had been asking the wrong questions. He realized the importance of asking open-ended questions such as “What do people die from?” rather than “Do people die of cholera?” to build a strategy around the reality of a situation from the people living in it, and engaging with people rather than imposing on them. The sum of these experiences led him to create Valid Nutrition and Valid International.

We are immensely proud to be involved in the ongoing development of Valid Nutrition through its Ready-to-Use packaging, online presence and fundraising brochures, and hope that we are helping the organisation in its development and influence on governments, NGOs and philanthropists worldwide.

For more on the tremendous work and latest news regarding Valid Nutrition, click on www.validnutrition.org and see how its changing the face of third-world poverty.

“Valid Nutrition is a social business that provides malnourished children across the developing world access to life saving nutritional products. Create has been immensely helpful to Valid Nutrition’s growth and success, helping us convey our identity and message to a wide range of stakeholders in an effective, high impact manner. Their expert, responsive and extremely professional support has been key to the development of our logo, website, packaging and promotional materials and our continued and growth and success owes a lot to their support. We are very grateful to them for all that they have done for us and look forward to a long and successful relationship in the future.” 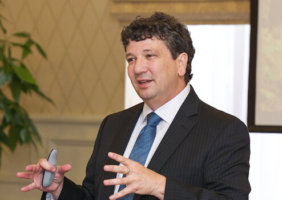